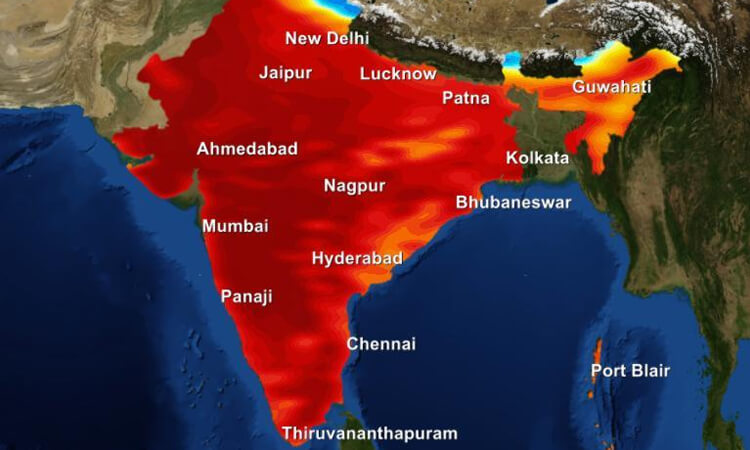 The climate in India varies greatly, from the deserts of Rajasthan to the cool highlands of Assam, allegedly the wettest place on earth. But basically, India has three seasons a year – the hot season, the monsoon (wet) season, and the cool season.

The heat starts to build up on the northern plains around February, and by April it becomes unbearable. You can expect daytime temperatures of 35 to 45°C (95 to 113°F) in most places. The first signs of the monsoon season appear in May, with high humidity, short rainstorms and violent electrical storms. The monsoon rains begin around 1 June in the extreme south and sweep north to cover the whole country by early July.

The monsoon rains don't really cool things down, but they're a great relief, especially to farmers. The main monsoons come from the southwest, but the south-eastern coast is affected by the short and surprisingly wet north-eastern monsoon, which brings rain from mid-October to the end of December. The main monsoon ends around October, and India's northern cities become crisp at night in December. In the far south, where it never gets cool, the temperatures are comfortably warm rather than hot.